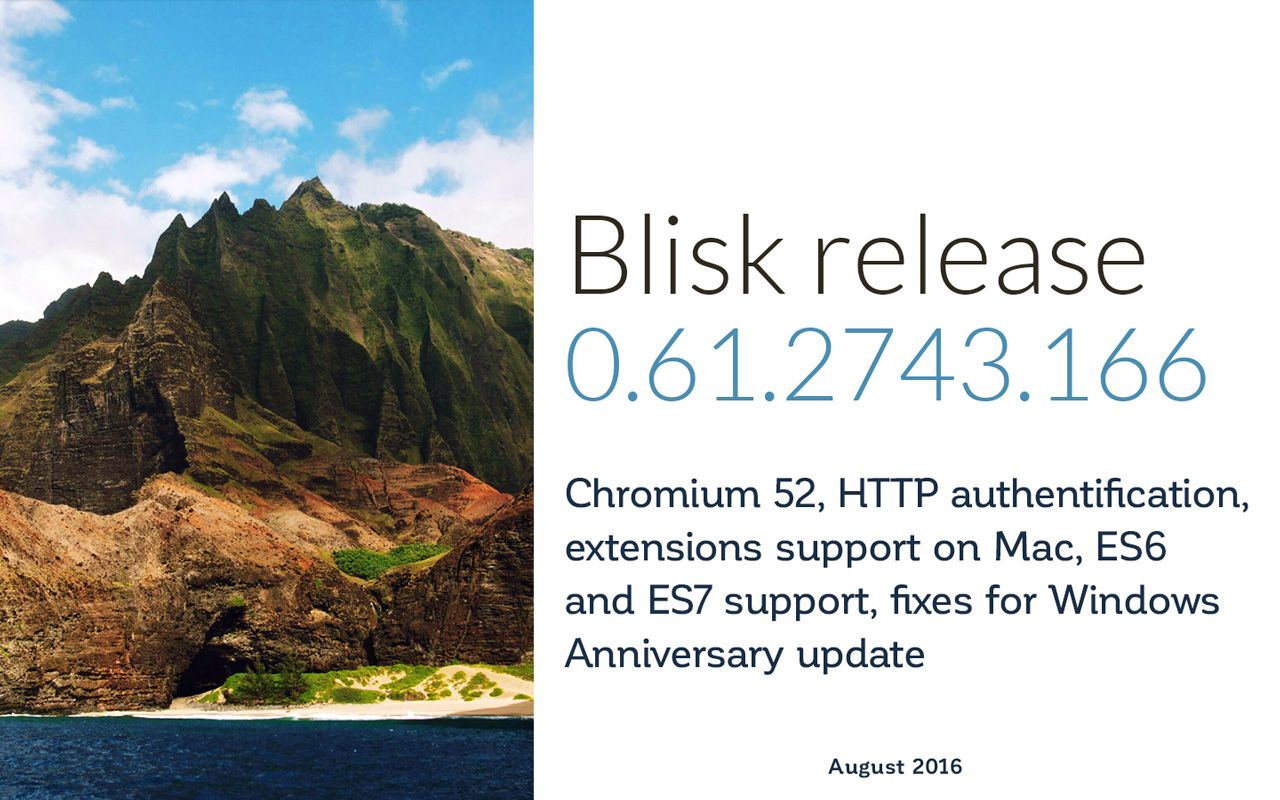 Visit our forum to report a bug / to request a new feature or contact us!

Since this version, Blisk for Mac starts supporting extensions from Chrome store. This opens new possibilities in using your favorite tools. However, this is the experimental feature: extensions may cause issues while working in Blisk. Please, contact us if you have any troubles while using extensions in Blisk on Mac.

Since this version, Blisk enables full support of ECMAScript 6 and 7, the Javascript-based language commonly used for client-side scripting.