* Offer applies to licenses of up to thirty team members. Users with an active license cannot use this offer. The offer expires on November 30th. The discount may vary depending on the term and size of the license.
Use My Discount
Blisk team on December 1, 2017

How developers benefit from Blisk

Up to today, Blisk is trusted by more than 125,000 companies and solo developers. Blisk significantly increases their productivity. Blisk offers free and unlimited Premium version. Compared to competitors, Blisk provides a more affordable and flexible pricing.

Unlike other browsers, Blisk shows mobile device side-by-side with the regular desktop view. So, at the development phase Blisk shows the developer how the code renders on both, desktop and mobile. This changes the whole approach to web development because there is no Mobile first or Desktop first anymore. With Blisk, there is a high-grade cross-device development.

The side-by-side view boosts web development and testing twice. The developers spend less time to create the cross-device code and do not need to switch between desktop and mobile back and forth. The QAs can visually compare mobile and desktop simultaneously.

Blisk devices show a good performance. Unlike other tools, the devices in Blisk are ready to go, and they load in less than a second. So you don't have to wait till the device is ready to use.

Switching between devices in Blisk

Blisk speeds up browsing process by providing a live sync of the device and desktop. The device follows desktop by URL or scroll position and vice versa. Blisk always shows the same piece of code on desktop and device. So, the developer doesn't need to perform the same browsing actions across the devices.

Auto-refresh significantly boosts web development. Auto-refresh module watches the changes in the file system and refreshes views when you modify the code. Auto-refresh updates the page even without any refresh on CSS change. So, you can focus on writing code and instantly preview how it renders on both: desktop and mobile. 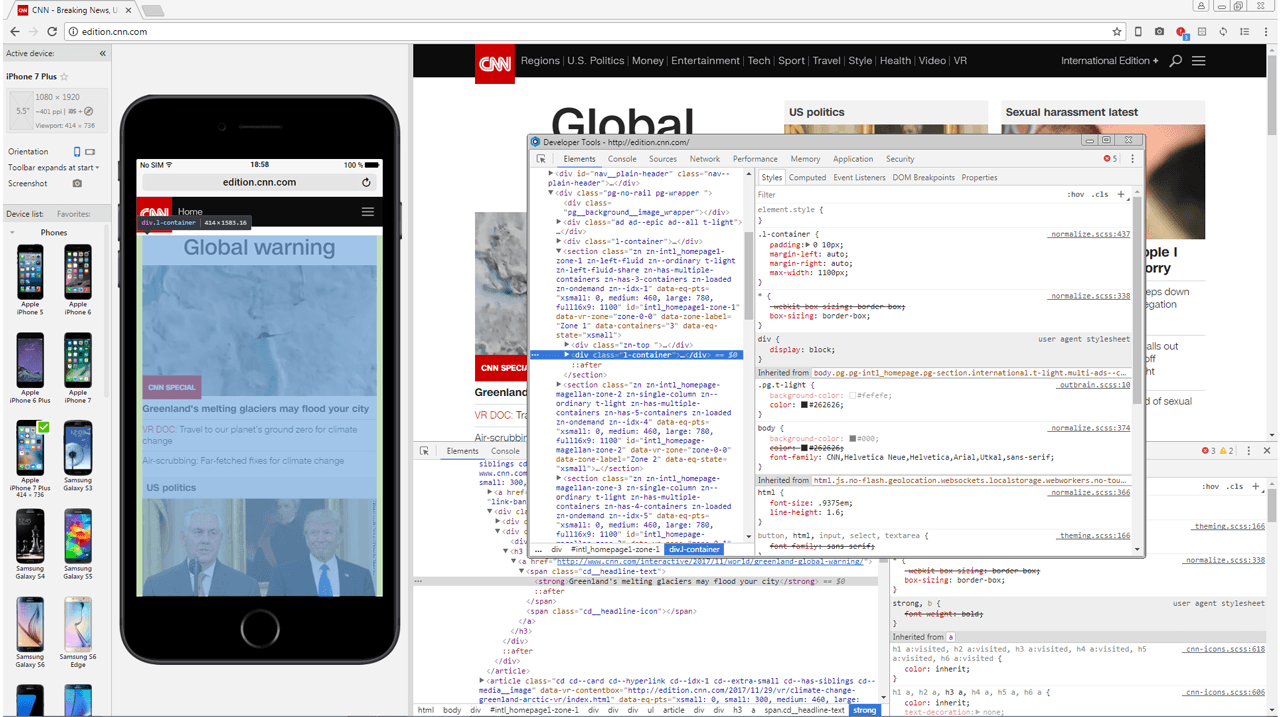 Simultaneous usage of DevTools on desktop and mobile

To speed up the browsing process, Blisk provides a live sync of the device and desktop views. The device follows desktop view by URL or scroll position, and vice versa. So, Blisk always shows the same piece of code on desktop and mobile, and the developer has no need to repeat the browsing actions across the devices.

Blisk watches errors on your page within desktop and device and notifies you when it appears. So, the developers and QAs can work without console opened be aware that the page has no errors.

Blisk devices render the code locally on your machine and do not send any information about it on the web. With Blisk, you can be confident that your code is in a safe place and nobody can access it including Blisk team.